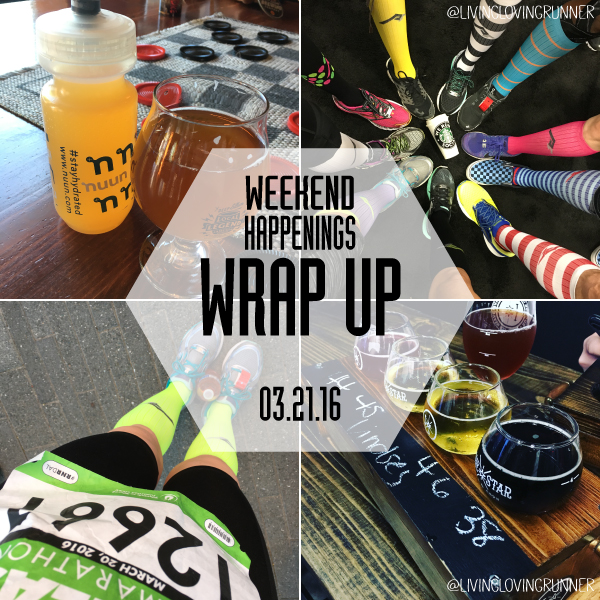 This weekend actually started on Thursday since the grandparents picked up little man from daycare for the weekend! The evening consisted of doing laundry, running last minute errands, and cleaning out the tortoise box (not the most FUN)… 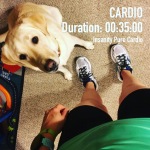 The day started early with a morning workout – Insanity Pure Cardio with Mr. Shaun T. If it weren’t for the rain, I would have gone outside for a run! Oh well, I cannot control the weather – I can just make the most of an early morning workout!

After my sweat session, I ran out to Starbucks for some coffee (what else do I need before a long 8+ hour drive??)… I knew that the hubs wanted to stop by Dunkin’ before we left town, and I wanted my usual brew. After packing up the car, heading to Dunkin’, then needing to go back home, we were finally on the road – DALLAS BOUND!

We (by we…I mean I) drove to Oklahoma City and had lunch at Belle Isle Restaurant – which also has a brewery (can you tell that the hubs was in charge of the meal planning). I had a Santa Fe Chicken Salad  and the hubs noshed on Buffalo Wings and fries (with a side of craft brew) 🙂

Then we drove on through to Dallas – lots of stop and go construction and accidents…it seemed to take FOREVER. The hubs didn’t mind, he was catching up on Zzzzzs most of the trip. No problem for me…I like to drive and people watch 🙂

Once in the Dallas area, we first stopped at the Expo so I could pick up my packet. Since I didn’t get registered on time, I was put on a list at the support booth and was then able to register on site (so easy)! I quickly made my way through the Expo, glanced at a couple of the booths, and made note as to the ones that I wanted to stop by the next day. 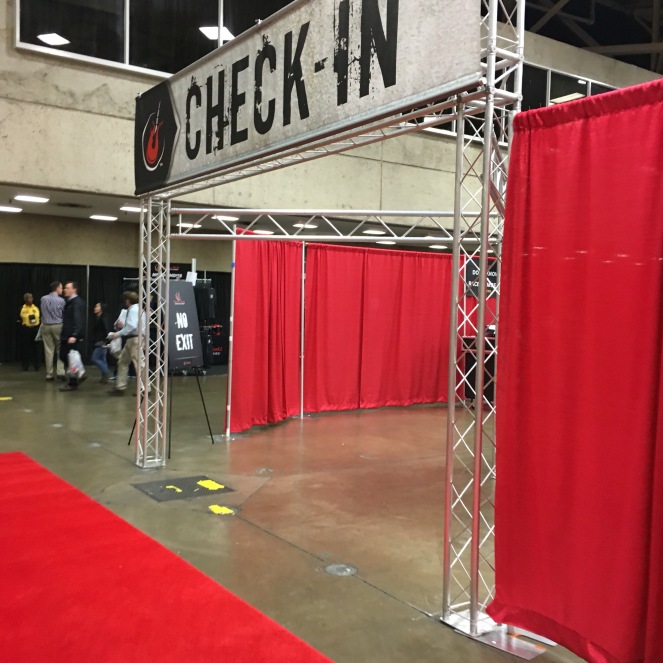 Once I found the hubs outside, we headed back to Carrolton to meet up with my college roommate 🙂 Her team had softball games that evening, so we were on our own for dinner. We decided to go to Rockfish Seafood & Grill, not far from her house. I had a House Salad & Fish Tacos with Rice. Y.U.M. The tacos were prepared like a wrap, which threw me off at first, but it was all great! 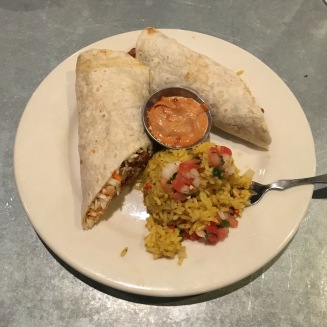 After dinner, we walked over to Lonestar Caps & Taps. This place was a DREAM for the hubs…tons of craft beer on tap and a great relaxing atmosphere!  My favorite brew of hte night was #44 Bishop Cider Crackberry  (hard cider)! I am a sucker for ciders and sours 🙂 I also tried #45 Finnriver Pear (pear cider), #46 Finnriver Solstice Saffron (hard cider), and #38 Saint Arnold Root Beer (root beer!!). The hubs tried a few and took a growler of his fave home for the night. 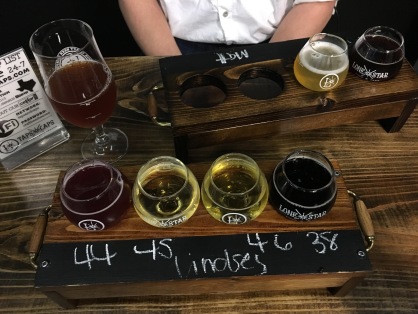 After a few drinks, we traveled across town to watch some of the softball games and just relax. Since we were in TX, I just thought that it would be WARM…that was NOT the case. It was cold and windy…booooo! At least we had some entertaining softball to watch! They won both of their games!

After the games, I needed to defrost and relax. A lot of the softball team met up at the house and they planned on having fun with drinking games and good conversation. I stuck around for a little while, played a round of beer pong (took me back to my college drinking days – and no, we didn’t win), and then I hit the sack! 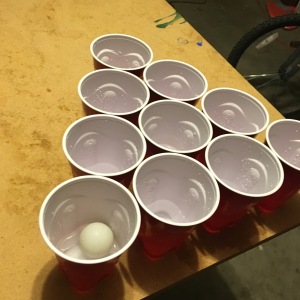 I slept through all of my alarms and was woken up by the sun coming through the blinds…oh well, no big rush. I decided to go for a little run, but my aching feet made that run much shorter than I anticipated. I was able to get through 3 miles before I decided to walk and stretch out my feet (as I walked). My feet have never been so picky when it came to new or newer shoes…live and learn. Also, nothing new on race day?…or the day (or week) before race day!

Once I got back, I needed to get ready and get the hubs around so we could catch the DART into Dallas for the Expo and #WeRunSocial meet up! I met a handful of bloggers and Instagramers that I follow and it was fun to just relax for a bit. The hubs and I then wandered around the Expo, trying new and different “fuels”, checking out races, and I also gave a teaspoon of my blood for research! 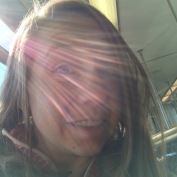 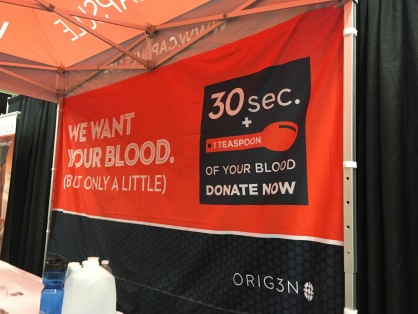 After the Expo, we caught the DART again to go to the Deep Ellum area of Dallas. We stopped by Brain Dead Brewery because the hubs and I were both hungry for lunch. We loved the atmosphere and the brews were good as well. We also both had the T.A.B.L.E. Sandwich & fries and I also had the House Salad. Oh boy,…talk about GOOOOD! The hubs also tried a flight of their house brews. We were overall pleased with the stop and looked forward to coming back 🙂 Our house guests also met us out and enjoyed the afternoon with us. I drank lots of water and 2 of the hubs tasters (he already had 2 full beers of them)… 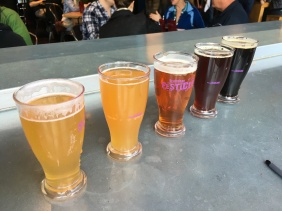 The next stop on our beer tour (not really, but that was what it felt like!!) was Deep Ellum Brewing Co. This was actually the first stop – but since they do not serve food, we changed up our route 🙂 Deep Ellum Brew Co is SURELY the type and style of brewery that the hubs would LOVE to open someday! Good brews – cool atmosphere! I made sure to drink 1-2 cups of water per beer that I was trying – I tried the Play Date (a sour blonde ale) – Y.U.M. I was also supplementing with Nuun Mango Orange 🙂 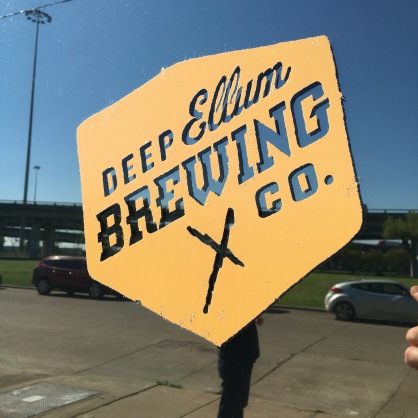 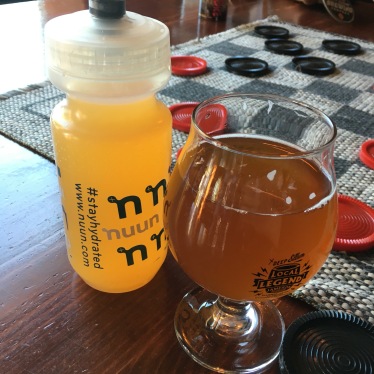 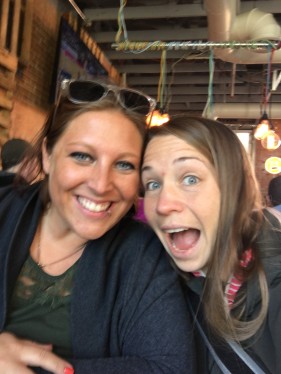 The house guests took an Uber back to the house and we headed back to the DART. We decided to make one more beer pit stop – Community Beer Company. This place was HUGE! This place was more of a production brewing facility with a side of local flair – a great place to just hang out and drink a few brews! It helped that there was a food truck out back to keep hunger at bay… 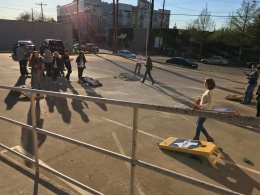 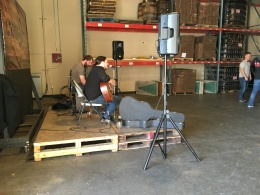 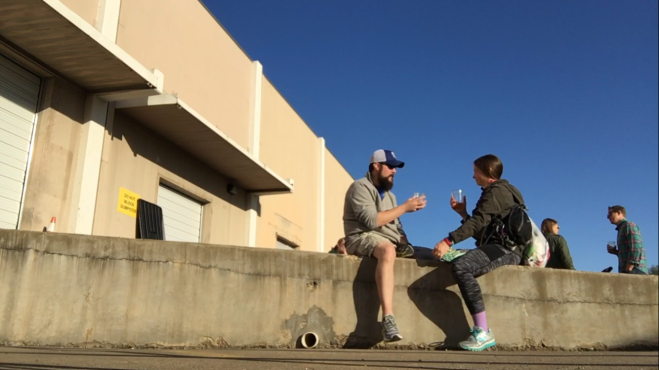 We decided to head back to home base – I was getting tired and hungry – and the rest of the gang had a date with Top Golf. While it would have been a lot of fun to go, I was pooped and knew that it would be a LATE night if I went. I settled for a Subway Sandwich and Chopped Salad for dinner – before laying my clothes out and heading to bed. 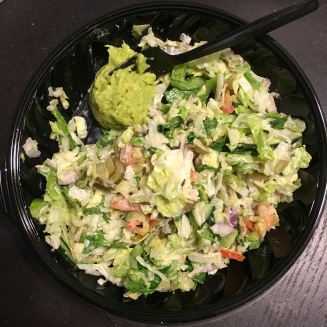 Wow. I felt like I hardly slept and my alarm was going off! I quickly got ready and headed out the door to catch the DART. I missed the :32 DART because I thought it was coming at :34…so I went back to sit in my car for a bit. Once on the train, there were a lot of runners just mingling around and chatting about running 🙂 (my kind of ride!) I messaged back and forth with Tonya, another RTY gal, and planned on meeting up at her apartment before the start. I am glad that I was able to get out of the cold for at least a few minutes before we headed to the start! As we walked to the start, someone “famous” was walking alongside us…probably an elite athlete or something, but she had quite the camera crew following her around 🙂

We met up with a few other RTY gals and then I needed to go check in my bag. Before I knew it, we were starting!

The run went great! There were some rolling hills, an overpass accent, some road construction (not runner friendly), great crowd support, great water stops, a beautiful run back into the city, and before I knew it, the race was over! The hubs and I hung out in the lawn area for a bit before deciding that we needed to head back – after all, we still had an 8+ hour road trip home ahead of us! 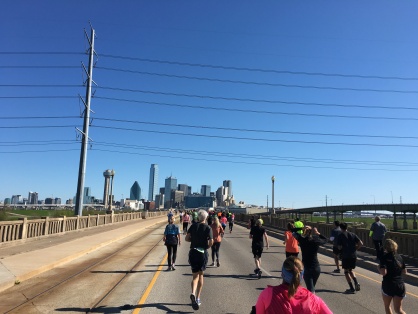 Once we got back, I hobbled off the DART and we packed up our bags. We stopped by Quiznoes for lunch before hitting the road! 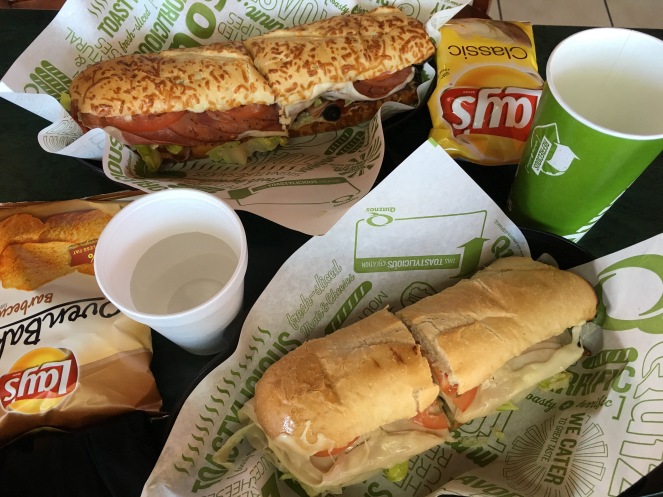 Oh man! What a short-long weekend! I was surely happy to be in my own bed Sunday night…but I slept like poo. No good!

How was your weekend? Any racecation adventures? Where are you running next?