Disclaimer: I received an advanced preview of the documentary GODSPEED to review and promote as part of being a BibRave Pro. Learn more about becoming a BibRave Pro (ambassador), and check out BibRave.com to review find and write race reviews!

What is the hardest, most difficult event you have ever completed?

Thinking back, my first marathon was pretty tough…the pain of going out too fast and dying in the last 10K was the WORST and I wanted to quit several times. But for my first 50M, it was hard, but I knew the pain I would experience and I was able to get through it. This fall, I am running my first 100M race and this will by far be my most difficult race to date…I don’t know how it will go…but I am slowly assembling my tool box so I will be ready some race day!

Overcoming obstacles is something we all face…but not to the degree that Jerry Schemmel and Brad Cooper faced when they tested their physical, mental, and spiritual strength in The Race Across America in 2015. “GODSPEED” is a thrilling documentary hitting theaters across the United States on May 22nd. I urge you to check out your local listings and reserve your tickets today! While I am a runner, this documentary spans more than just the cycling world – every endurance athlete overcomes adversity – and these inspiring men can give you the motivation you need to keep moving!

GODSPEED | The Race Across America

I was able to view an early release of the documentary GODSPEED as a BibRave Pro. With my own “journey of a lifetime” (or feels that way now) coming up this year, I am even more drawn to watch the test of physical strength and endurance these inspiring men took upon themselves in The Race Across America.

Check out the movie trailer at the bottom of this post! Be prepared to want to do something epic!

The cast of GODSPEED is made up of some remarkable people. Jerry Schemmel, a noted author, speaker and sportscaster for the Colorado Rockies and Brad Cooper, a eleven-time Ironman triathlete, are extraordinary, seemingly “everyday” athletes that set out to not just complete, but compete in “the world’s most difficult cycling race” in 2015 – The Race Across America.

Their race effort wasn’t in vain – Jerry and Brad were riding to raise money to build a special needs orphanage in Haiti – a place close to their hearts. Through the Race Across America event, teams are able to raise something over 2 million dollars in charitable contributions – and Jerry and Brad’s team, Team Enduring Hope #203, was able to raise $50K for their cause! 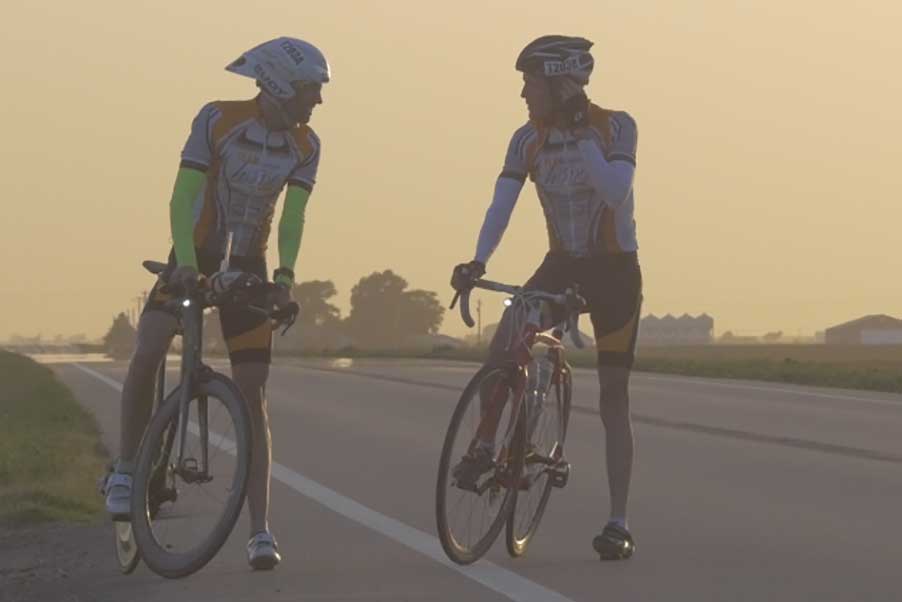 Jerry and Brad were not alone in this challenge. There were 249 individual racers attempting The Race Across America with crews supporting each and every athlete : 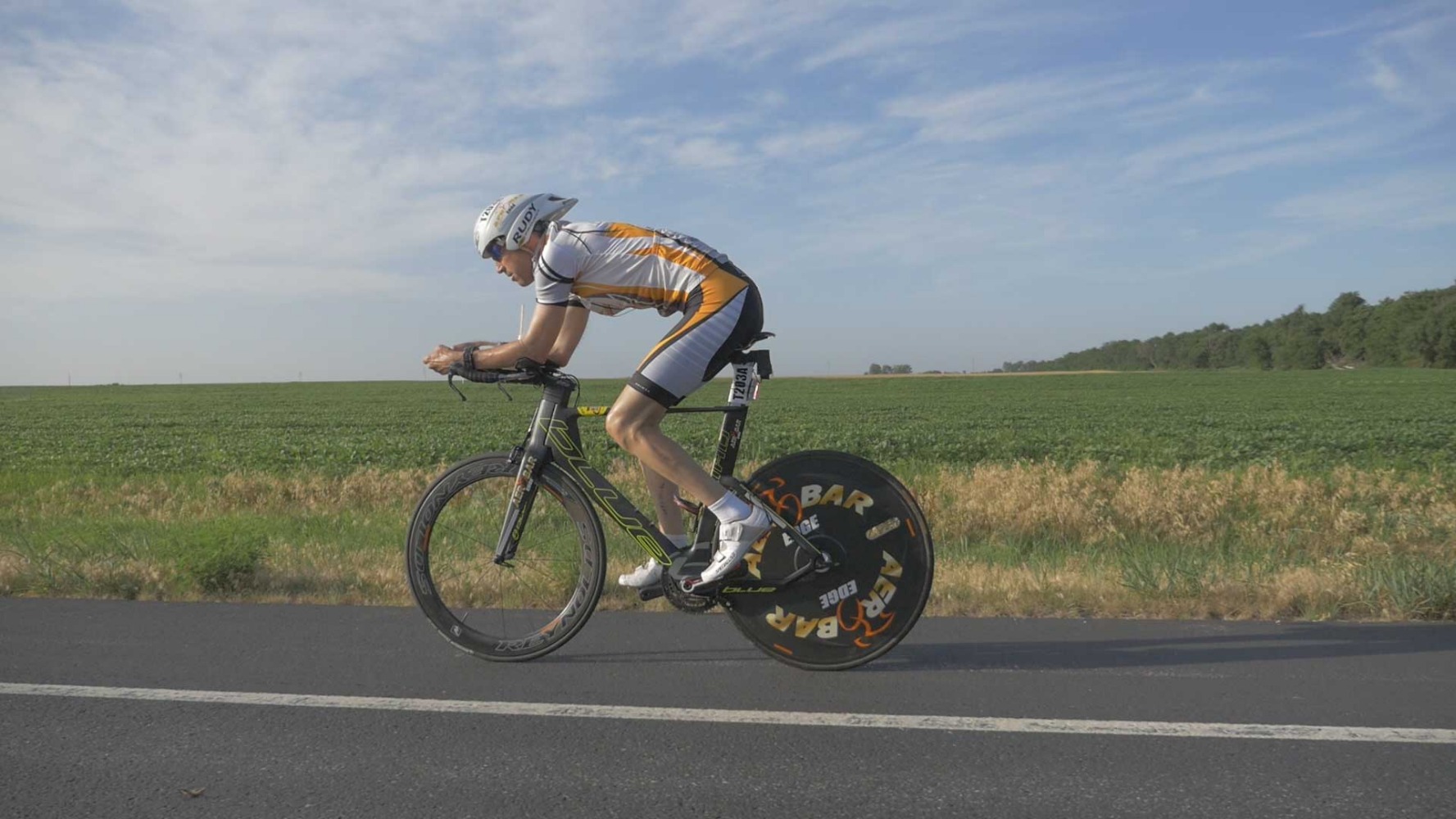 From Oceanside, California to Annapolis, Maryland, GODSPEED takes us through the physical, mental, and spiritual battles and strength Jerry and Brad exhibit to overcome jockeying for position with other teams, lack of sleep, incredible forces of Mother Nature, health scares, hallucinations, and wrong turns to finish “the world’s most difficult cycling race”.

These men faced unimaginable suffering in this event – including a pre-race accident, oven-like heat, high elevations, heavy wind, lightning storms, and torrential downpours for days…and still made a point to stay mentally sound with God helping them along the way. 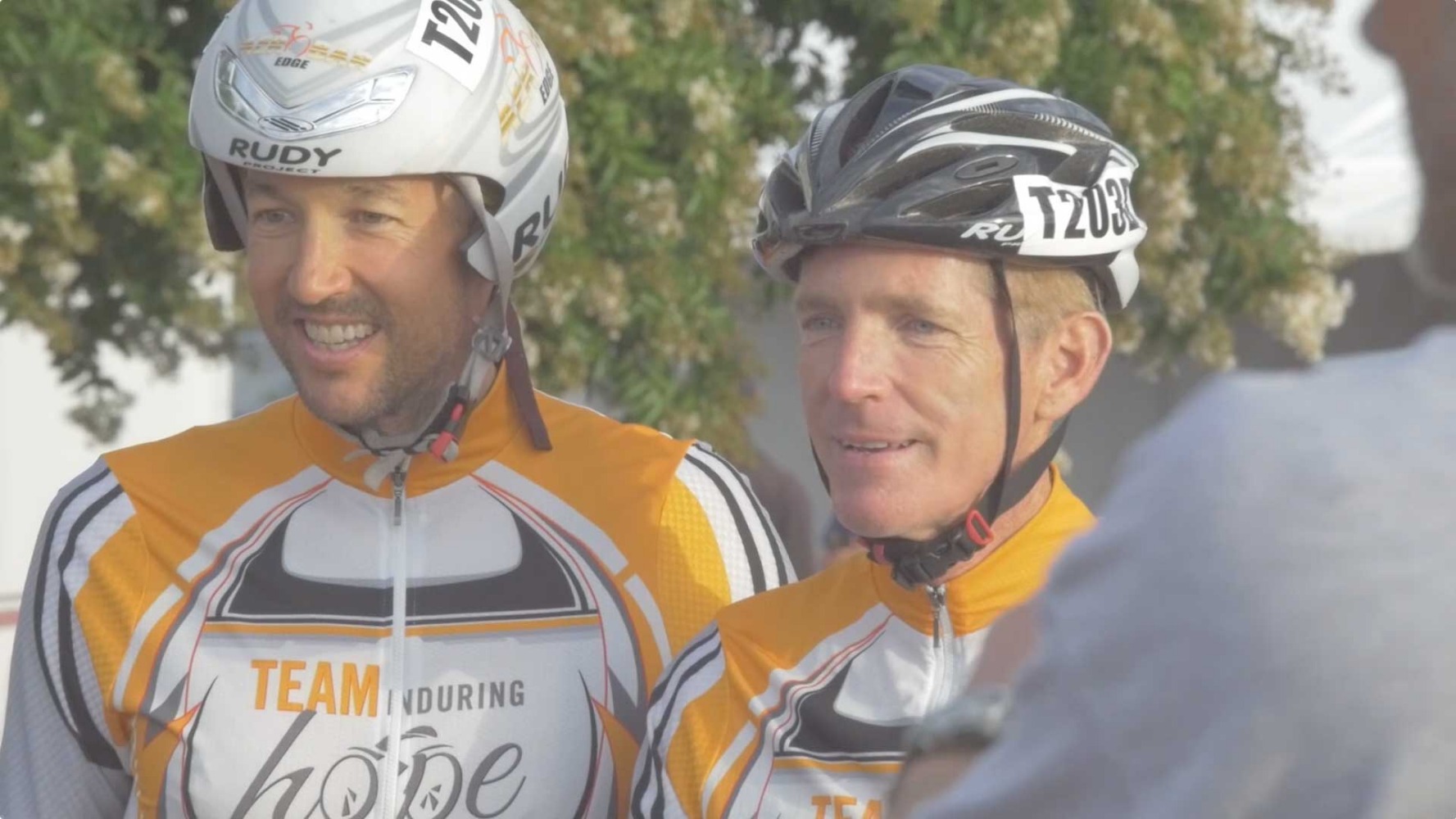 Check out the where the documentary GODSPEED will be shown near you on May 22nd through the Fathom Events website.

BONUS : Come and join the Tuesday night #BibChat on Twitter on 4/3/18 to discuss the film and all things running and endurance related!

See what other Pros are saying about the film :

As always, check out these awesome inspiring linkups this week :
Tuesday’s on the Run     Wild Workout Wednesday     Running Coach’s Corner

I’d love to hear from you! What is the most difficult race you have attempted and/or completed? Would you ever attempt The Race Across America?